Anyone who has spent time on YouTube has seen the tremendous amount of senseless chatter from trolls in the comments section of videos. To combat this growing problem, the massive video-sharing giant is rolling out a new commenting system.

Today Youtube, who is has been owned by Google since 2006 announced, “in the coming months, comments from people you care about will rise up where you can see them, while new tools will help video creators moderate conversations for welcome and unwelcome voices,”

What Comments will move to the top?

Can I join the conversation publicly or privately?

Viewers who want to join the conversation will now be able to select whether or not they want their comments to be public or private. Youtube viewers who start conversations will have the option of allowing their comments to be seen by everyone on YouTube and Google+, only people within their Circles or viewable by a specific person. Also, just like the Gmail platform, all replies will be placed in a thread enabling you to easily follow conversations.

For Youtube moderators and video marketing specialists, the new Youtube commenting system will allow you to review comments before they’re posted, block specific words or save time by auto approving comments from certain fans. These changes will help moderators spend less time moderating, and more time sharing videos and connecting with their fans.

Below is an example of what comments will look like later this year in a sample video from SoulPancake: 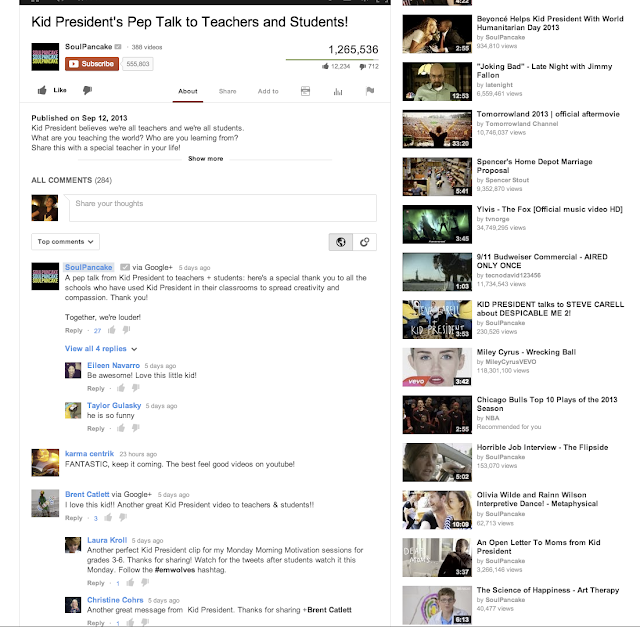 Anyone who has spent time on YouTube has seen the tremendous amount of senseless chatter from trolls… http://t.co/CZPXLX1VzA

OMG did a great job in our new website design. It a super upgrade to our old website. It will definitely help my corporate image. Thank you OMG!